Due to the COVID-19 pandemic, Jimmy Kimmel hosted to an empty audience at the Staples Center in Los Angeles while. Nominees watched from home.

Zendaya won her first Emmy at the 2020 Emmys, becoming the youngest person to win for lead actress in a drama series for her role in «Euphoria.»

This was Zendaya’s first Emmy nomination. It came during the year in which the Emmys made headlines for nominating a record number of Black nominees.

«I’m honestly speechless, my heart is just overflowing with love and gratitude,» Zendaya wrote on Instagram in reaction to her surprise nomination.

due [djuː] — expected to happen, arrive, etc. at a particular time:

What time is the next bus due?

The next meeting is due to be held in three months’ time.

Their first baby is due in January.

host [həust] — someone who has guests:

We thanked our hosts for a very enjoyable evening.

The local language school is advertising for host families. (= families people stay with when they are visiting another country).

Our host was wearing a clown costume.

So please give a big hand to your host for the evening, Bill Cronshaw!
Would you mind playing host ?

After dinner our host said, «Shall we retire to the drawing room?»

She thanked the hosts for their hospitality.

I read it while you were drying your hair.

While I was in Italy I went to see Alessandro.

I thought I heard him come in while we were having dinner.

«I’m going to the post office.» «While you’re there can you get me some stamps?»

lead [led] — to control a group of people, a country, or a situation:

I think we’ve chosen the right person to lead the expedition.

Who will be leading the inquiry into the accident?

Don’t tell Anne we’ve arranged a party for her. I want it to be a surprise.

It was a wonderful/nasty surprise to get home and find the letter.

They mounted a surprise attack at dawn.

My uncle paid us a surprise visit yesterday. 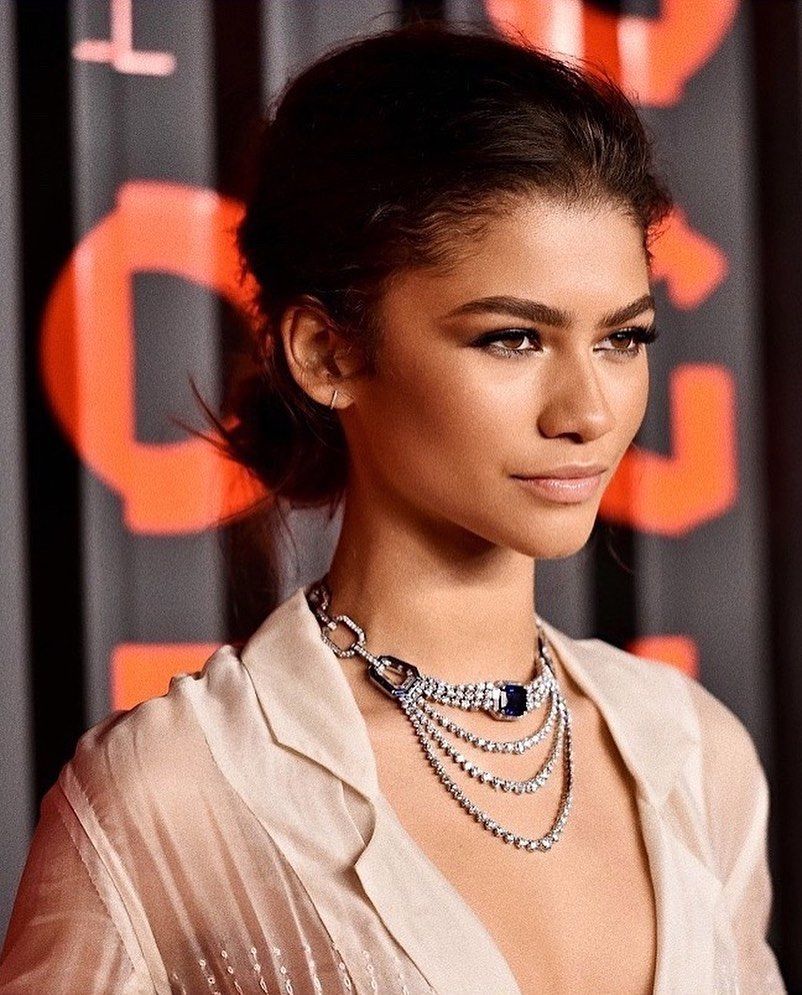 Zendaya Maree Stoermer Coleman is an American actress and singer. She began her career as a child model and backup dancer. Before gaining prominence for her role as Rocky Blue on the Disney Channel sitcom Shake It Up.

In 2013, Zendaya was a contestant on the sixteenth season of the competition series Dancing with the Stars. From 2015 to 2018, she produced and starred as the titular spy, K.C. Cooper, in the sitcom K.C. Undercover. In 2019, she began playing Rue Bennett. A teenage drug addict, in the HBO drama series Euphoria; her performance led her to become the youngest person to win the Primetime Emmy Award for Outstanding Lead Actress in a Drama Series.

Her film roles include supporting parts in the musical drama The Greatest Showman and the superhero film Spider-Man: Homecoming and its sequel, Spider-Man: Far from Home

Zendaya began her career in music by recording songs independently and releasing the singles «Swag It Out» and «Watch Me» in 2011. The latter a collaboration with Bella Thorne. She signed with Hollywood Records in 2012 and later released her debut single, «Replay». Which reached number 40 on the Billboard Hot 100 chart in the United States. In 2013, her self-titled debut studio album debuted at No.

Zendaya began her professional career working as a fashion model for Macy’s, Mervyns and Old Navy. She was featured in an iCarly toys ad. She also appeared as a back-up dancer in a Sears commercial. Featuring Disney actress Selena Gomez. In 2009, she was a featured performer in the Kidz Bop music video for its cover of the song «Hot n Cold», which was released on Kidz Bop 15.

She auditioned in November 2009 for the role of CeCe Jones to join the cast of Dance Dance Chicago. Later changed to Shake It Up!, but was selected as Rocky Blue instead. For her audition, she performed Michael Jackson’s «Leave Me Alone». Shake It Up premiered on November 7, 2010, and it was watched by 6.2 million viewers, becoming Disney Channel’s second highest-rated premiere in Disney Channel’s 27-year history.

In 2011 Zendaya released «Swag It Out», a promotional independent single. The song was composed by Bobby Brackins and produced by Glenn A. Foster. She also starred in the book trailer for «From Bad To Cursed» by Katie Alender. In the same year, she released «Watch Me,» featuring Bella Thorne, on June 21. The song peaked at 86 on the Billboard Hot 100. The second season of Shake It Up was announced on March 16, 2011. Premiered on September 18, 2011.

On June 5, 2011, Shake It Up had a crossover episode with Good Luck Charlie. Zendaya hosted Make Your Mark: Ultimate Dance Off 2011. In 2011, Target stores began selling D-Signed. A line of clothing inspired by the clothes worn by Zendaya and other cast members on the TV series Shake It Up.

Her first movie role was in the 2012 film Frenemies, a Disney Channel Original Movie. On February 29, 2012, «Something to Dance For» was released as promotional single for Live 2 Dance. For the soundtrack, Zendaya also recorded three other songs: «Made In Japan,» «Same Heart», and «Fashion In Krytonite», released as promotional single. On September 2, 2012, she signed to Hollywood Records. In October, Zendaya performed at the Teen Music Festival and at the Operation Smile benefit.

In February 2013, Zendaya was announced as one of the celebrities who would compete on season 16 of Dancing with the Stars. At age 16. She was the youngest contestant ever to participate on the show, before Willow Shields succeeded her at age 14 on season 20. She was partnered up with professional dancer Valentin Chmerkovskiy. In May, the couple finished as runners-up behind Kellie Pickler and Derek Hough. Her self-titled debut album was released on September 17, 2013.

English short stories free pdf — It was preceded by the hit single «Replay», released on July 16, 2013. The song was written by Tiffany Fred and Paul «Phamous» Shelton. In June 2013, Coleman completed filming for the music video. On July 25, the Disney Channel confirmed that Shake It Up will be canceled after the end of the third season.

On August 6, 2013, Zendaya released her debut book. Between U and Me: How to Rock Your Tween Years with Style and Confidence. That same month, she was cast as 16-year-old Zoey Stevens. The lead character in the Disney Channel Original Movie Zapped. Whose «smart phone begins to somehow control all the boys around her». In November 2013, Zendaya was selected as Elvis Duran’s Artist of the Month and was featured on NBC’s Today, where she performed live her single «Replay».

That same month, she was cast as the lead in a Disney Channel pilot called Super Awesome Katy.  It was ordered to series by Disney Channel in May 2014, with the series now under the title K.C. Undercover, and with Zendaya’s character now named K.C. Cooper rather than Katy Cooper. In 2017, Zendaya stated that she had a large influence over the renaming of her character and the retitling of the series. Also deciding several key elements of the character’s personality. K.C. Undercover premiered on Disney Channel on January 18, 2015,and was renewed for a second season in May 2015.

In 2014, Zendaya was a guest judge on an episode of Project Runway: Under the Gunn.

English short stories free pdf — In the episode, the contestant designers were given the challenge of creating an outfit for Zendaya to wear in an upcoming concert performance.

In February 2015, after a joke made by Giuliana Rancic concerning Zendaya, in reference to her hair smelling of «patchouli oil» and «weed» at the 87th Academy Awards,[40] Zendaya promptly took to Instagram to address the remark and point out that many successful people have «locs,» a hairstyle that has nothing to do with drugs. Mattel honored Zendaya with her own Barbie, replicating her Oscars look.

The following month. Musician Timbaland confirmed that he was working with Zendaya on her second album. Following her switching record labels from Disney to Republic. «Something New», featuring Chris Brown was released on February 5 via Hollywood Records and Republic Records. The song also marks it as her first official release since signing to Republic Records.[44] In August 2015, Zendaya debuted her shoe