I will be a champion 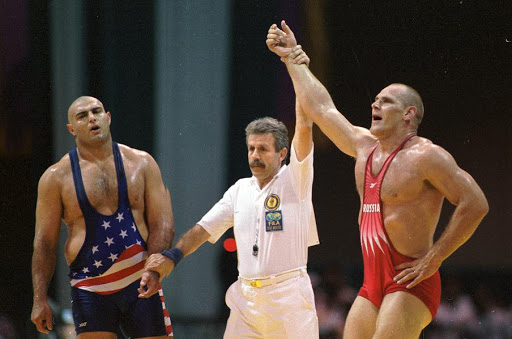 Hi, my name is Jackson. I am 10 years old. I am from Florida, United States. One day I saw a show on TV about a famous Russian wrestler.

His name is Alexander Karelin. His achievements in sports amazed me. He was a three-time Olympic champion, a nine-time world champion and a twelve-time European champion. I think no one has repeated his result. He is considered the greatest Greco-Roman wrestler of all time. The Russians affectionately called him «Russian Bear», «Russian King Kong», «Alexander the Great».

Before that he tried boxing, weightlifting, volleyball, basketball and skiing. He came to a wrestling gym, aged 13. At the age of 18, Karelin won a junior world title. 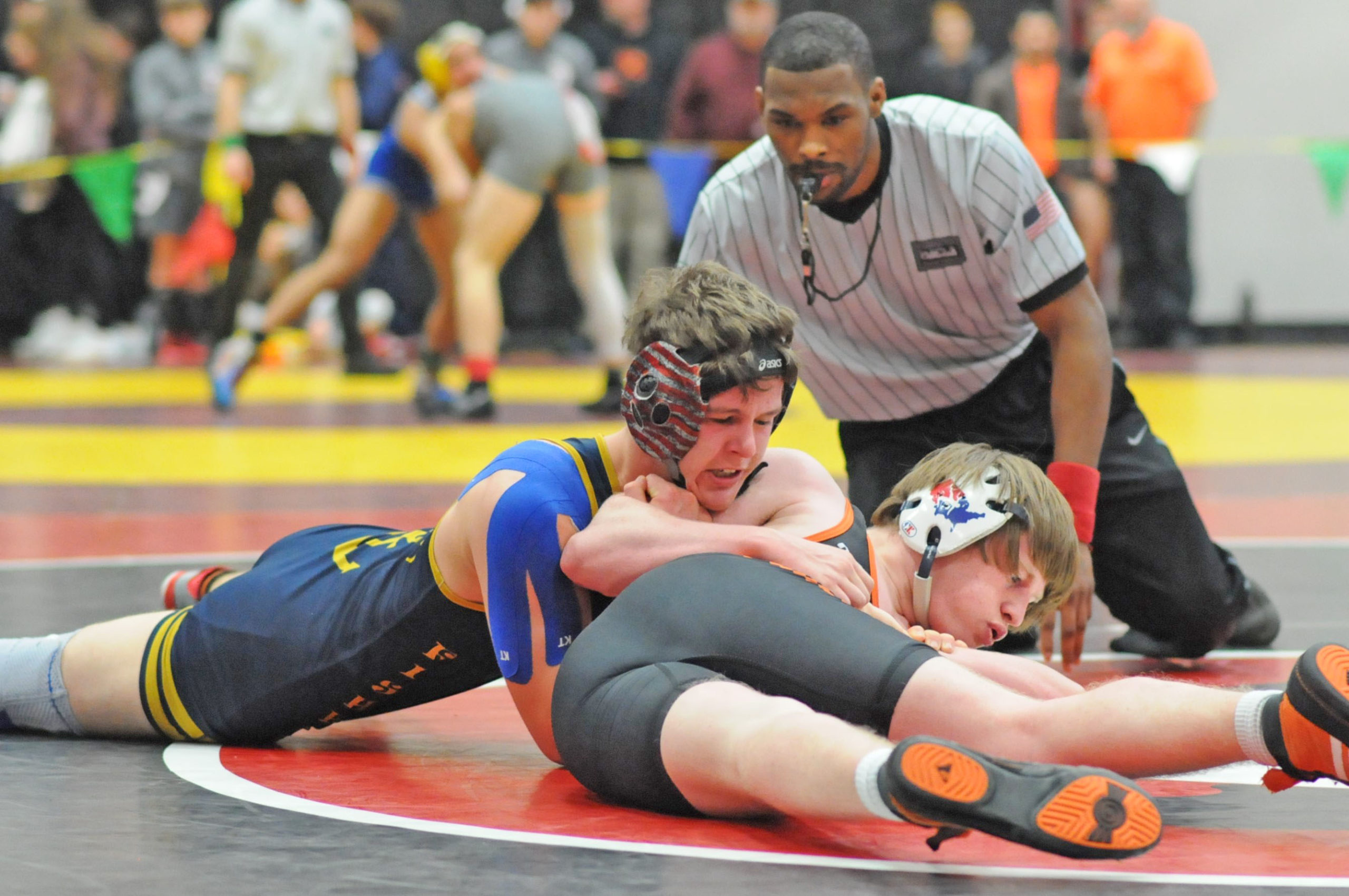 I get up early every day and run. I eat well and go to the wrestling gym every day. The competition will begin soon. I train with all my might. This is my first competition. I might lose this competition. But I won’t stop there. I will keep trying.

Because I have to be a champion.

Once upon a time, in the city of Shansi, there lived a scholar who found the company of others too noisy for him. So he made his home in a Buddhist temple. Yet he suffered because there were always so many gnats and fleas in his room that he could not sleep at night.

Once he was resting on his bed after dinner, when suddenly two little knights with plumes in their helmets rode into the room. They might have been two inches high, and rode horses about the size of grasshoppers. On their gauntleted hands they held hunting falcons as large as flies. They rode about the room with great rapidity. The scholar had no more than set eyes on them when a third entered, clad like the others, but carrying a bow and arrows and leading a little hunting dog the size of an ant with him.

After him came a great throng of footmen and horsemen, several hundred in all. And they had hunting falcons and hunting dogs by the hundred, too. Then the fleas and gnats began to rise in the air; but were all slain by the falcons. And the hunting dogs climbed on the bed, and sniffed along the walls trailing the fleas, and ate them up. They followed the trace of whatever hid in the cracks, and nosed it out, so that in a short space of time they had killed nearly all the vermin.

The scholar pretended to be asleep and watched them. And the falcons settled down on him, and the dogs crawled along his body. Shortly after came a man clad in yellow, wearing a king’s crown, who climbed on an empty couch and seated himself there. And at once all the horsemen rode up, descended from their horses and brought him all the birds and game. They then gathered beside him in a great throng, and conversed with him in a strange tongue.

Not long after the king got into a small chariot and his bodyguards saddled their horses with the greatest rapidity. Then they galloped out with great cries of homage, till it looked as though some one were scattering beans and a heavy cloud of dust rose behind them.

They had nearly all of them disappeared, while the scholar’s eyes were still fixed on them full of terror and astonishment, and he could not imagine whence they had come. He slipped on his shoes and looked; but they had vanished without a trace.

Then he returned and looked all about his room; but there was nothing to be seen. Only, on a brick against the wall, they had forgotten a little hunting dog. The scholar quickly caught it and found it quite tame. He put it in his paint-box and examined it closely. It had a very smooth, fine coat, and wore a little collar around its neck. He tried to feed it a few bread-crumbs, but the little dog only sniffed at them and let them lie. Then it leaped into the bed and hunted up some nits and gnats in the folds of the linen, which it devoured.

Then it returned and lay down. When the night had passed the scholar feared it might have run away; but there it lay, curled up as before. Whenever the scholar went to bed, the dog climbed into it and bit to death any vermin it could find. Not a fly or gnat dared alight while it was around. The scholar loved it like a jewel of price.

But once he took a nap in the daytime, and the little dog crawled into bed beside him. The scholar woke and turned around, supporting himself on his side. As he did so he felt something, and feared it might be his little dog. He quickly rose and looked, but it was already dead—pressed flat, as though cut out of paper!

But at any rate none of the vermin had survived it.

My travel to Copenhagen.

English stories for learning english pdf — Copenhagen is a fantastic European capital and offers a lot to visitors. You could spend days or weeks there. But even just one day in Copenhagen can be a great trip. There are so many things to do in Copenhagen.

That fitting them all into one day can seem daunting. Still, with a little planning. One can come up with a perfect itinerary to hit the highlights and must-see attractions.

The Best Location to Spend One Day In Copenhagen

Like most cities, the best place to spend one day in Copenhagen. If you have a longer period to visit, you can explore the other neighborhoods. You can also travel to other cities and look into day trips. From Copenhagen, you can even visit southern Sweden in a half-day trip. However, for this post, we’ll focus on the things you can do with just one day in Copenhagen itself.

One of the first things you should do during your one day in Copenhagen is a canal tour. Copenhagen canal tours are typically 90 minutes long. And cover more ground in the city than you could do in one day. It’s a perfect way to see the best of Copenhagen with a live. Guide to tell you about each attraction. You’ll also have the chance to view the city from a unique angle – below street level. Some of the best and most interesting photos. Copenhagen are captured from boats floating through the canals and harbors. You’ll have a great view of some buildings that aren’t easy to get to in one day like The Royal Opera House and Amalienborg Palace, the residence of the Danish Royal Family.

THE ANT AND THE DOVE

English stories for learning english pdf — One hot day, an ant was searching for some water. After walking around for some time, she came to a spring. To reach the spring, she had to climb up a blade of grass. While making her way up, she slipped and fell into the water. She could have drowned if a dove up a nearby tree had not seen her. Seeing that the ant was in trouble, the dove quickly plucked off a leaf and dropped it into the water near the  struggling ant. The ant moved towards the leaf and  climbed up there. Soon it carried her safely to dry ground.

Just at that time, a hunter nearby was throwing out his net towards the dove, hoping to trap it. Guessing what he was about to do, the ant quickly bit him on the heel. Feeling the pain, the hunter dropped his net. The dove was quick to fly away to safety.

One good turn deserves another.

THE MONKEY AND THE DOLPHIN

English stories for learning english pdf — One day long ago, some sailors set out to sea in their sailing ship. One of them brought his pet monkey along for the long journey. When they were far out at sea, a terrible storm overturned their ship. Everyone fell into the sea, and the monkey was sure that he would drown. Suddenly a dolphin appeared and picked him up.

They soon reached the island and the monkey came down from the  dolphin’s back. The dolphin asked the monkey, “Do you know this place?” The monkey replied, “Yes, I do. In fact, the king of the island is my best friend. Do you know that I am actually a prince?” Knowing that no one lived on the island, the dolphin said, “Well, well, so you are a prince! Now you can be a king!” The monkey asked, “How can I be a king?” As the dolphin started swimming away, he answered, “That is easy. As you are the only creature on this island, you will naturally be the king!”

Those who lie and boast may end up in trouble.