People break a world record. They build a tower. It is made of Legos. It is built in Budapest. The tower is 36 metres tall. It is 1.57 metres taller than the second tallest tower of Legos. The smaller tower is in the USA.

The mayor of Budapest speaks at the tower. He says that the tower can promote Budapest. More people may come visit. 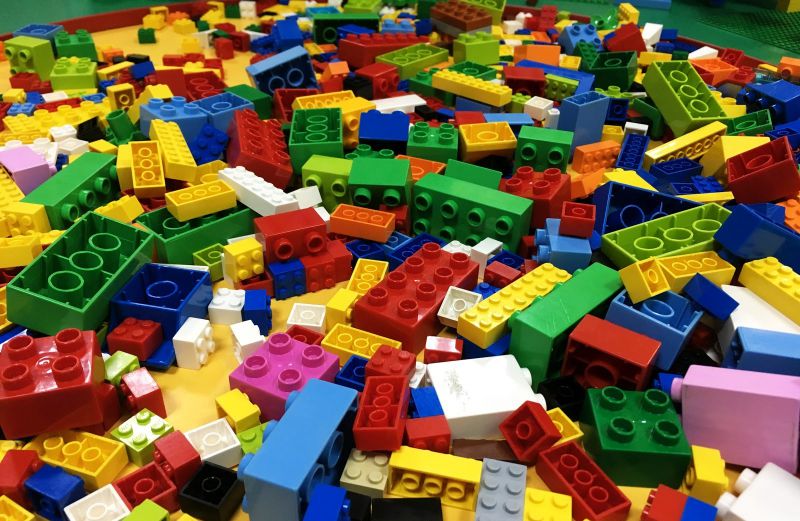 3) Build-verb /bɪld/- to make something by putting bricks or other materials together:

The birds built their nest in the tree.

These old houses are built (= made) of stone.

Contractors have started building on waste land near the town.

4) Make-verb /meɪk/ — to produce something, often using a particular substance or material:

Do you want me to make some coffee?

He made a chocolate cake.

She makes all her own clothes.

The pot is made to withstand high temperatures.

He works for a company that makes furniture.

The label on the box said «made in China.»

Butter is made out of/from milk.

Earrings made of gold

Her new trainer has promised to make an Olympic athlete of her.

5) Tall-adjective /tɔːl/-of more than average height, or of a particular height:

She’s much taller than me.

6) Small-adjective /smɔːl/- little in size or amount when compared with what is typical or average:

I’d rather live in a small town than a big city.

Would you like a large or small cola with your burger?

Ella is the smallest girl in her class.

That jacket’s too small for you.

He’s small for his age.

Only a small number of applicants are successful.

The number of women in Congress is pitifully (= extremely) small.

The prime minister met many civic leaders, including the mayor and the leaders of the immigrant communities.

We need a mayor who is tough enough to clean up this town.

The mayor has promised to cleanse the city of drug dealers .

The mayor and the city council are anxious to avoid getting entangled in the controversy.

They were flattered to be invited to dinner by the mayor.

8) Say-verb /seɪ/ -to pronounce words or sounds, to express a thought, opinion, or suggestion, or to state a fact or instruction:

She said goodbye to all her friends and left.

Ben never forgets to say «Please» and «Thank you.»

How do you say «goodbye» in French?

I’m sorry, what did you say?

Do you know what she said to him?

What did they say about the house?

«I’m going out this evening,» she said.

He said to himself (= thought), «This will never work.»

The doctors say (that) it will take him a few weeks to recover.

She didn’t say whether she was coming.

Did she say (= tell you) why she wasn’t coming?

informal He said (= told me) to meet him here.

I have something to say to you.

The offer was so good that I couldn’t say no (= couldn’t refuse).

9) Promote-verb /prəˈməʊt/-to encourage people to like, buy, use, do, or support something:

Advertising companies are always having to think up new ways to promote products.

The Institute is intended to promote an understanding of the politics and culture of the Arab world.

Greenpeace works to promote awareness of the dangers that threaten our planet today.

The government should be playing a more prominent role in promoting human rights.

It has long been known that regular exercise promotes all-round good health.

The organization is working with young people to promote awareness ofthe dangers of unprotected sex.

The band are currently touring to promote their new album.

Cutting the bush back in the autumn will help promote growth in the spring.

The city is trying to lose its industrial image and promote itself as a tourist center.

We visited a few galleries while we were in Prague.

Will you visit me when I’m in the hospital?

When did you last visit the dentist/doctor?

People broke another world record in Hungary. They built the tallest Lego tower in Budapest. It is 36 metres tall – 1.57 metres taller than the second tallest tower in the USA.

The mayor of the city hopes that the record will promote Budapest to the world. More tourists may come visit Budapest.

Officials from the Guinness World Record company arrived in Budapest and confirmed the record.

The dish fell to the floor and broke.

She fell and broke her arm

I dropped the vase and it broke into pieces.

I think I’ve broken your phone.

We heard the sound of breaking glass.

I picked it up and the handle broke off.

I’m going to have another piece of cake.

«Would you get me a bar of chocolate from the kitchen?» «Another one?»

We can fit another person in my car.

Danny’s had yet another car accident.

I don’t think another desk will fit into this classroom.

This wall needs another coat of paint.

We can’t afford another trip abroad this year.

My passport is valid for another two years.

3) Build-verb /bɪld/-to make something by putting bricks or other materials together:

The birds built their nest in the tree.

These old houses are built (= made) of stone.

Contractors have started building on waste land near the town.

The prime minister met many civic leaders, including the mayor and the leaders of the immigrant communities.

We need a mayor who is tough enough to clean up this town.

The mayor has promised to cleanse the city of drug dealers .

The mayor and the city council are anxious to avoid getting entangled in the controversy.

They were flattered to be invited to dinner by the mayor.

5) Hope-verb /hoʊp/-to want something to happen or to be true, and usually have a good reason to think that it might:

I’m hoping for an interview next week.

She’s hoping (that) she won’t be away too long.

We have to hope and pray (that) the operation will go well.

They hope to visit us next year.

«Will you be at the meeting tomorrow?» «I hope not/so».

6) Tourist-noun /ˈtʊr.ɪst/- someone who visits a place for pleasure and interest, usually while on holiday:

Hordes (= very large groups) of tourists flock to the Mediterranean each year.

Florida has a number of major tourist attractions.

The island is very busy during the tourist season.

7) Arrive-verb /əˈraɪv/-to reach a place, especially at the end of a journey:

What time will your train arrive?

It was dark by the time we arrived at the station.

We arrived in Prague later that day.

I arrived back to find that my room had been burgled.

What time does the mail usually arrive (= is it delivered)?

I ordered some CDs over a month ago, but they still haven’t arrived (= I have not received them).

8) Confirmed-adjective /kənˈfɝːmd/-used to say that someone who has had a particular habit or way of life for a long time and is unlikely to change:

Hungary has managed to set a new world record by building the highest Lego tower ever.

Construction of the 36-metre Lego tower began on Wednesday, with several school children taking part. The aim was to break the current US record of 34.43 metres.

Officials from the Guinness World Record company arrived in Budapest on Saturday to verify the record.

The Mayor of the city’s fifth district, Antal Rogan, said that he hoped the record would promote Budapest to the world.

“This is a modern obelisk behind us and it shows that, with lots of minute engineering knowledge and diligence, how we call attention to the fact that this is one of the most beautiful squares in Budapest and I hope we will be able to achieve a new world record. And if this happens, we will be able to draw even more tourists to Budapest.”

After Rogan placed the last piece on top of the tower, the official measurement showed that, indeed, a new record was set. The tower will be disassembled on Monday.

1) Construction-noun /kənˈstrʌk.ʃən/ — the work of building or making something, especially buildings, bridges, etc.:

The bridge is a marvellous work of engineering and construction.

2) Several-determiner, pronoun- /ˈsev.ɚ.əl/-some; an amount that is not exact but is fewer than many:

Several people have complained about the plans.

Several of my friends are learning English.

As a racing driver, he was involved in many serious crashes and had cheated death on several occasions.

We carried the picture carefully through to the main exhibition, circumnavigating several obstacles en route.

She undertook several clandestine operations for the CIA.It took several hours to clear the road after the accident.

The road clings to the coastline for several miles, then it turns inland.

a result that your plans or actions are intended to achieve:

My main aim in life is to be a good husband and father.

The leaflet has been produced with the aim of increasing public awareness of the disease.

6)Obelisk-noun /ˈɑː.bəl.ɪsk/- a tall stone column with four sloping sides and a pointed top, made in honour of an important person or event

7) Diligence-noun /ˈdɪl.ə.dʒən/ — the quality of working carefully and with a lot of effort:

She hoped that her diligence would be noticed at work.

The exhibition has been researched with extraordinary diligence.

His diligence motivates others to give a little more.

This is a matter that requires the utmost diligence.

They carry out their duty with diligence and care.

Ladies and gentlemen, could I have your attention, please?

They’re organizing a campaign to draw people’s attention to the environmentally harmful effects of using their cars.

Wait a moment and I’ll give you my full/undivided attention (= I’ll listen to and think about only you).

After an hour, my attention started to wander (= I stopped taking notice).

The test is based on the measurement of blood levels.

The machine makes thousands of measurements every day.