I always like to assist more than scoring: it gives me another feeling; I cannot explain it.

I don’t agree that we have to win the Champions League to be a success.

United are one of the biggest clubs in the country. They’re a massive team; they want to win the title. They spent a lot of money, like a lot of the big teams.

When I was little, I was always going to the goal. I’ve always wanted to score and create something, and I think it’s always been within me to play offensively.

I always try to manage the ball in a way that can help the way my teammates receive it.

I always try to manage the ball in a way that can help the way my teammates receive it.

There are always new challenges in football. You just need to adapt; otherwise, you won’t fit in. And if you don’t fit in, then you will have to go somewhere else.

My favourite team is Liverpool. My favourite player is Michael Owen, and I would like to play there.

Belgium have a very good team. There are dozens of teams that say we want to become the world champions.

I’m not the most open player; I’m not the biggest clown. I just like going into the dressing room easy.

The Smartest Man in The World 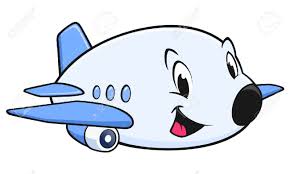 A doctor, a lawyer, a little boy and a priest were flying on a small private plane. Suddenly, the plane developed engine trouble. In spite of the best efforts of the pilot, the plane started to go down. Finally, the pilot grabbed a parachute and yelled to the passengers that they better jump, and he himself bailed out.

Unfortunately, there were only three parachutes remaining.  The doctor grabbed one of the parachutes and said “I’m a doctor, I save lives, so I must live to save other’s lives,” and jumped out. The lawyer then said, “I’m a lawyer and lawyers are the smartest people in the world. I deserve to live.” He also grabbed a parachute and jumped. The priest looked at the little boy and said, “My son, I’ve lived a long and full life. You are young and have your whole life ahead of you. Take the last parachute and live in peace.”

The little boy handed the parachute back to the priest and said, “Do not worry Father. The smartest man in the world just took off with my back pack.”

One Reply to “Most beautiful quotes from Kevin De Bruyne”