Most beautiful quotes from Sadio Mané

Football was always my dream. I started playing at the age of five, and I’m still playing now.

Since I was two or three years old, I remember always being with the ball. I would see kids playing on the street, and would join them.

I think everything is possible.

The best thing you can do is remember your home town.

The people in Senegal like me, so I am happy.

I prefer Liverpool. The way we play is good for all of our players.

Officials are human beings, and sometimes we all make mistakes.

When I finish games, I want to have the feeling that I helped my team as much as I could, and the fans saw I was determined to win.

A good thing for footballers is not to think too much, especially when you’ve got to move to a big team like Liverpool, because that’s when you start to confuse your mind.

Honestly, I don’t know the word ‘pressure,’ because football is my job. I always enjoy it.

I was a very good dribbler as a young player, but now that I’ve got more experience, there are some useless things that I don’t do anymore.

Everyone likes Klopp. He is one of the best in the world, and for us to have the chance to have him as a coach makes us all happy.

I remember that when I was little, my parents felt that I should study to become a teacher. They thought football was a waste of time and I’d never succeed at it.

It makes it easy for a player when you’ve got really good teammates and when everyone wants the same thing.

I really don’t like not being able to help my teammates.

If you want to be successful when you play, you have to be free in your mind, and that happens if you know that everything is taken care of — you just focus on the football.

I was born in a village where there had never been a footballer who’d made it in the major championships.

All I can do is do my best: score goals, give assists, and do my best for my team.

We are Liverpool, we are strong, and we can beat any team in the world.

It is very exciting to be playing in the Champions League because it is the dream of every player in the world.

If you have Real to face, you have to think about them — they are one of the best teams in the world.

I wanted to be Ronaldinho. I studied him a lot. He was my hero.

Religion is very important to me. I respect the rules of Islam, and I pray five times a day, always. 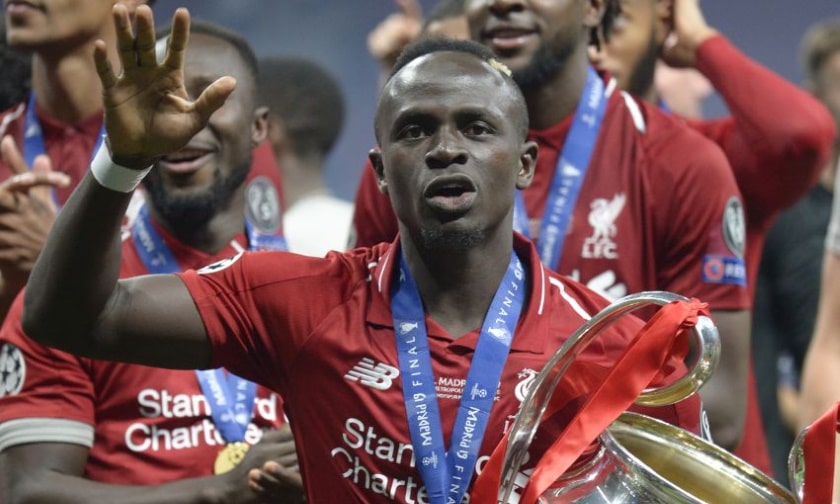 Sadio Mané (born 10 April 1992) is a Senegalese professional footballer who plays as a winger for Premier League club Liverpool and the Senegal national team.

Mané began his professional career with Ligue 2 club Metz at age 19, but he departed after a solitary season to join Austrian club Red Bull Salzburg in 2012 for a fee of €4 million, winning a league and cup domestic double in the 2013–14 season. Later that summer, Mané transferred to English club Southampton for a club record fee of £11.8 million. There, he set a new Premier League record for the fastest hat-trick, scored in 176 seconds in a 6–1 win over Aston Villa in 2015.

He signed for fellow Premier League side Liverpool in 2016, for a reported fee of £34 million. With Liverpool, Mané helped them reach back-to-back UEFA Champions League Finals in 2018 and 2019, winning the latter. He also finished as the league’s joint-top goalscorer in the 2018–19 season, winning the Premier League Golden Boot.

The same year, he finished fourth for the Ballon d’Or and fifth for The Best FIFA Men’s Player award. Mané then helped end Liverpool’s 30 year league title drought by winning the 2019–20 Premier League.

At international level, Mané has registered 19 goals in 69 appearances for Senegal since his debut in 2012, and currently ranks as his nation’s fifth all-time top goalscorer, and eighth all-time for appearances. He represented Senegal at the 2012 Olympics, as well as the 2015 and 2017 editions of the Africa Cup of Nations. In the 2019 iteration, Mané helped Senegal to a runners-up finish, and a year later, was named African Footballer of the Year.

Mané also represented his nation at the 2018 FIFA World Cup, in their second ever appearance in the competition.