Alexandra Nechita is thirteen and she is called “the new Picasso”. Some people say that Alexandra is the most talented girl in the world. She paints large pictures in cubist style and sells them for $10,000 and $80,000. 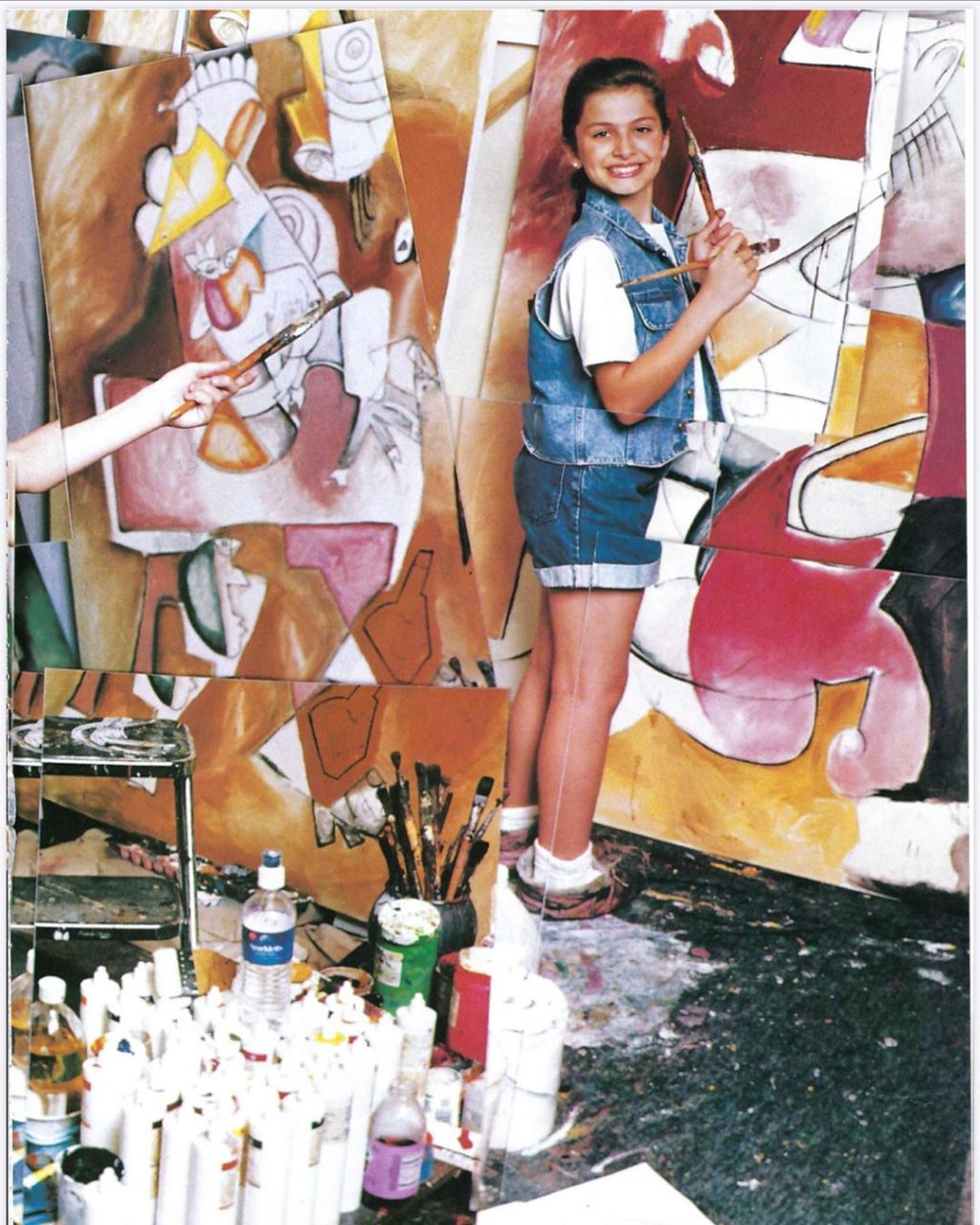 She was born in Romania but now she lives in Los Angeles with her family and She could paint very well when she was only four but her parents couldn’t understand her pictures.

Alexandra says; “I paint how I feel, sometimes I’m happy and sometimes sad. I can’t stop painting. ” Every day after school she does her homework, plays with her little brother, then paints for two or three hours until bedtime.

Alexandra doesn’t spend her money, she saves it: “We were very poor when we were first America. We couldn’t buy many things. But now I can buy a big house for my family and we can travel the world.

Last year we were in London, Paris, and Rome. It was fantastic!

THE TORTOISE AND THE DUCKS

The Tortoise, you know, carries his house on his back. No matter how hard he tries, he cannot leave home. They say that Jupiter punished him so, because he was such a lazy stay-at-home that he would not go to Jupiter’s wedding, even when especially invited.

After many years, Tortoise began to wish he had gone to that wedding. When he saw how gaily the birds few about and how the Hare and the Chipmunk and all the other animals ran nimbly by, always eager to see everything there was to be seen, the Tortoise felt very sad and discontented.

He wanted to see the world too. And there he was with a house on his back and little short legs that could hardly drag him along.

One day he met a pair of Ducks and told them all his trouble. «We can help you to see the world,» said the Ducks. «Take hold of this stick with your teeth and we will carry you far up in the air where you can see the whole countryside. But keep quiet or you will be sorry.»

The Tortoise was very glad indeed. Heseized the stick frmly with his teeth, the two Ducks took hold of it one at each end. Away they sailed up toward the clouds. Just then a Crow few by. He was very much astonished at the strange sight and cried:

«This must surely be the King of Tortoises!»

«Why certainly——» began the Tortoise.

But as he opened his mouth to say these foolish words he lost his hold on the stick. Down he fell to the ground, where he was dashed to pieces on a rock. 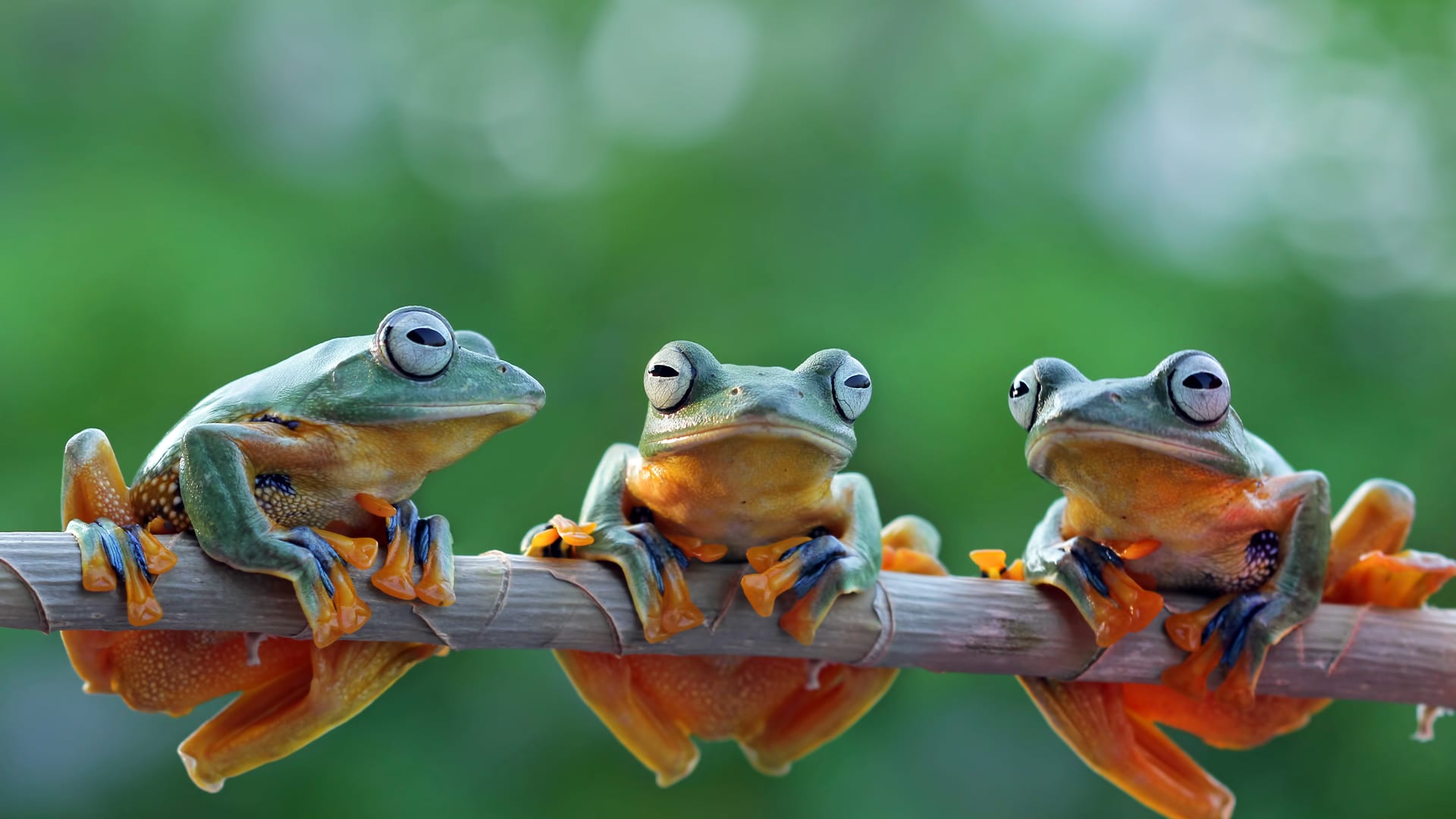 Hares, as you know, are very timid. The least shadow, sends them scurrying in fright to a hiding place. Once they decided to die rather than live in such misery. But while they were debating how best to meet death. They thought they heard a noise and in a fash were scampering off to the warren.

On the way they passed a pond where a family of Frogs was sitting among the reeds on the bank. In an instant the startled Frogs were seeking safety in the mud. «Look,» cried a Hare, «things are not so bad after all, for here are creatures who are even afraid of us!»

The Fox one day thought of a plan to amuse himself at the expense of the Stork. Whose odd appearance he was always laughing.

«You must come and dine with me today,» he said to the Stork, smiling to himself at the trick he was going to play. The Stork gladly accepted the invitation and arrivedm in good time and with a very good appetite.

For dinner the Fox served soup. But it was set out in a very shallow dish. All the Stork could do was to wet the very tip of his bill. Not a drop of soup could he get. But the Fox lapped it up easily, and, to increase the disappointment of the Stork, made a great show of enjoyment.
The hungry Stork was much displeased at the trick, but he was a calm, even-tempered fellow and saw no good in fying into a rage. Instead, not long afterward, he invited the Fox to dine with him in turn.
The Fox arrived promptly at the time that had been set.The Stork served a fsh
dinner that had a very appetizing smell. But it was served in a tall jar with a very narrow neck.

The Stork could easily get at the food with his long bill. All the Fox could do was to lick the outside of the jar, and sniff at the delicious odour. And when the Fox lost his temper, the Stork said calmly: “Do not play tricks on your neighbours unless you can stand the same treatment yourself.”