The Moon and Her Mother

The Moon once begged her Mother to make her a gown.

“How can I?” replied she; “there’s no fitting your figure. At one time you’re a New Moon, and at another you’re a Full Moon; and between whiles you’re neither one nor the other.”

Next Story: The Quack Frog 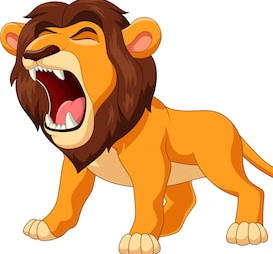 One day a lion was walking through the jungle. He was young and very proud. He met a snake and said, “Who is the king of the jungle?”

The snake said, “You are.”    It did not make the lion angry and he smiled.     Thirty metres later, he met a monkey and asked, “Monkey, Who is the king of the jungle?” The monkey said quickly, “You are.”    The lion smiled and continued on his way.

Finally, the lion met an elephant. He stopped, looked angrily at the elephant and asked, “Elephant, who is king of the jungle?” The elephant picked up the lion with his trunk and dropped him to the ground and The elephant kicked the lion and then jumped on top of him. The lion was very surprised and hurt.    He got up, shook the dirt off and shouted,

“YOU DON’T HAVE TO GET ANGRY JUST BECAUSE YOU

We are very grateful to our small but amazing team of local Cambodian volunteers — Bunchheang, Sarit, Jeff and Veasna — who have dedicated their time and effort to continue our mission to serve the communities in need.  They have truly shown us the power of unity and what ‘Giving’ means!

​Since April, our local team has been reaching out to families in need and delivered so far 2 tonnes of rice and 170 storybooks!

​They have also carried out more than 130 care conversations with those vulnerable students who are at risk of dropping out of school due to COVID-19 and their families.  This brings not only the relief and care that they urgently need but also the empathy and hope!

Behind every successful team, there is always an everyday hero! bong (Khmer for brother) Veasna joined our movement in 2017 and continues to be the master in spreading positivity (not the virus)!

To put his efforts into context consider this. Veasna has been suspended from his job at a hotel in Siem Reap due to COVID19. He is the sole supporter for a family of 5 including his mother who has been in and out of hospital a few times. At the same time he is building a house for his family. Talk about pressure and, more importantly, resilience and staying positive to help others!

During one of the recent relief packages runs we had an opportunity to talk to Veasna:

Q: We heard that you have been suspended from your work for some time due to COVID19.  How are you and your family coping?

A: “COVID-19 has impacted our province Siem Reap significantly.  As you know, our communities rely heavily on tourism to support our local economy.  Since February, the tourist arrivals have dropped to an all time low and the many local businesses had to shut their doors.  Being in the hotel industry, my housekeeping job has been suspended.  Since April, I am without any income and am struggling to look after my family of 5 people.

I feel so sad because I am the only income earner for my family. Having said that, I will stay strong and overcome this horrible situation.  I hope COVID-19 will be gone soon and our lives can go back to normal.”

Next Story: The Quack Frog