Here is news from Pakistan. Every year, people hold a festival there. Part of the festival has an interesting sport. It is called yak polo.

It is like normal polo. However, the players don’t ride on horses. They ride on yaks! A yak is a big animal. It looks like a hairy cow.

This area of Pakistan is very traditional. The people there don’t know about electricity, hospitals or other things. Many people never leave this area. 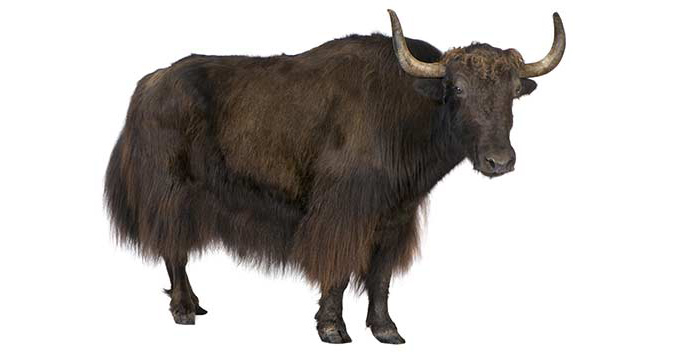 3) Every-determiner /ˈev.ri/ — used when referring to all the members of a group of three or more:

The police want to interview every employee about the theft.

The show will be broadcast every weekday morning between 9.00 and 10.00.

We’re open every day except Sunday.

I’ve been out every night this week.

Every time I go to London I get caught in a traffic jam.

Ten pence is donated to charity for every bottle sold.

These paintings may look like the real thing, but (each and) every one of them is a fake.

That salmon was very expensive so make sure you eat up every (single) bit.

4) Hold-verb /hoʊld/- to take and keep something in your hand or arms:

Can you hold the bag while I open the door?

He was holding a gun.

He held her in his arms.

Could you hold the door open, please?

Rosie held out an apple for the horse.

All those who agree, please hold up your hand.

5) Festival- /ˈfes.tə.vəl/-a special day or period, usually in memory of a religious event, with its own social activities, food, or ceremonies:

Traffic diversions will be kept to a minimum throughout the festival.

We’ve received permission to go ahead with the music festival in spite of opposition from local residents.

Preparations for the festival are now proceeding smoothly.

Hotel rooms in the city are ridiculously overpriced during the festival.

Part of this form seems to be missing.

I think part of her problem is that she doesn’t listen carefully enough to what other people say.

7) Interesting-adjective /ˈɪn.trɪ.stɪŋ/ — Someone or something that is interesting keeps your attention because he, she, or it is unusual, exciting, or has a lot of ideas:

She’s quite an interesting woman.

She’s got some very interesting things to say on the subject.

It is always interesting to hear other people’s point of view.

Oh, I didn’t know they were married — that’s interesting.

8) Call-verb  /kɑːl/-to give someone or something a name, or to know or address someone by a particular name:

What’s that actor called that we saw in the film last night?

His real name is Jonathan, but they’ve always called him Johnny.

I wish he wouldn’t keep calling me «dear» — it’s so patronizing!

9) Normal-adjective /ˈnɔːr.məl/- ordinary or usual; the same as would be expected:

Lively behaviour is normal for a four-year-old child.

It’s normal for couples to argue now and then.

They were selling the goods at half the normal cost.

The temperature was above/below normal for the time of year.

Things are back to normal now that we’ve paid off all our debts.

However hungry I am, I never seem to be able to finish off a whole pizza.

If Emma likes something she’ll buy it however much it costs.

I’ll see you after the show and give you £20 for the tickets, or however much (= whatever) they cost.

He is unlikely to succeed in getting his bill through Congress, however worthy it is.

If you’re an ostrich about your debts, you’re only going to make matters worse: it would be much better to take your head out of the sand and face facts, however unpleasant.

You have to sit the exams, however much you don’t feel like doing them.

However much I respect him, I can’t agree with him on this occasion.

I mustn’t have any more chocolate, however much I feel like it.

11) Ride-verb /raɪd/ — to sit on something such as a bicycle, motorbike,  or horse and travel along on it controlling its movements:

I learned to ride a bike when I was six.

I ride my moped to work.

The hunters came riding by/past on their horses.

I ride to work on my moped.

Their daughter is learning to ride.

12) Hairy-adjective/ˈher.i/- having a lot of hair, especially on parts of the body other than the head:

All areas of the country will have some rain tonight.

The area of New York to the south of Houston Street is known as Soho.

Houses in the London area (= in and around London) are very expensive.

He’s an area manager (= is responsible for business in a particular area) for a computer company.

This is a very poor area.

Dogs are not allowed in the children’s play area.

The area depends on agriculture for most of its income.

Debris from the aircraft was scattered over a large area.

This area of the park has been specially designated for children.

Some species exist in this small area of forest and nowhere else on earth.

There was more rainfall than usual this summer in the mountain areas.

15) Leave-verb /liːv/- to go away from someone or something, for a short time or permanently:

He left the house by the back door.

She left the group of people she was with and came over to speak to us.

The bus leaves in five minutes.

I didn’t leave the office until eight o’clock last night.

A young girl was crying, protesting that she didn’t want to leave her mother.

We gathered our things together and left quickly.

Soon we had left the river estuary and were heading towards the open sea .

Your flight to Perth will leave from Terminal 4.

Every year in Pakistan, people hold an interesting festival. It takes place nearly 3,000 feet (which is almost 4 km) above sea level.

The major attraction of this festival is a sport called yak polo. It is like regular polo, but the players ride on yaks, not on horses. A yak is a big animal which looks like a hairy cow.

Many people in this area of Pakistan never travel outside the region. They are unfamiliar with things like electricity, hospitals or even clean drinking water.

Despite Broghil Valley being a highly isolated region in the northernmost valley of the Chitral district of Pakistan, it hosts a world sport known as yak polo.

Yes, you did hear correctly, yak polo is played at an altitude of nearly 13,000 feet (almost 4 km) above sea level, and is a major attraction of the annual Broghil festival.

The special sporting event is played riding on yaks instead of horses in the Himalaya and Hindu Kush mountain ranges of the country.

Each polo team has six players who rush towards the opponent’s goal posts.

The area lacks basic facilities; many of its people have never travelled outside the region and are not familiar with modern facilities like electricity, access to health facilities or clean drinking water.

The yak polo players say the animals are expensive to buy and they are hoping for financial assistance to keep the sport alive.