The Rooster and the Jewel

A very hungry rooster was scratching and digging in the dirt looking for food. He scratched and dug and finally found a beautiful jewel. He was amazed at how the gem shone glittered.

«This is a very fine and beautiful thing,» he thought, «but I would rather have one tasty kernel of corn instead.»

Next Story: The Bear and the Crabs 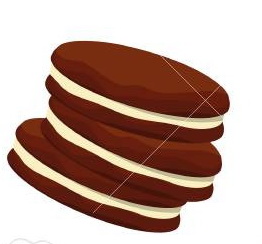 One day, while my friend and I were traveling through Germany, we were very hungry but we didn’t have a lot of money. We decided to stop at a village market to get a few groceries. I chose some cookies and went to the front counter to pay. Near the counter I saw some packaged cookies in a large bin. They looked good and were a lot cheaper than the ones I had in my hand, so I took them instead.

We left the store and looked for a place where we could eat. We found a quiet place under a tree and we ate our sandwiches first, and then the cookies and We thought they were great.

«Let’s get these again,» I said. «They’re cheap and they really taste good.»

My friend can read some German, but I can’t, so I gave her the package so she could look for the brand name. She looked at it and then started to laugh.

«Why are you laughing?» I asked.

«Because they’re dog biscuits!» she said.

Next Story: The Bear and the Crabs