My name’s Emilia Müller and I’m a student. I’m 19. I’m not married. I have one sister and two brothers. I want to learn English because it’s an international language.

The Young Girl and the Hen

A Young Girl lived on a farm with her parents. She loved to play with the farm animals.

One day, while she was playing with the Hens and their Chicks, a Hen pecked her finger and bit it.

“Oh, Papa!” the Young Girl ran to her father, crying and holding out her hand.

The Young Girl’s father asked her, “My bonny little girl! What happened?”

The Young Girl said, “Oh Papa! The Hen hurt me! I am so kind to them, yet one of them bites my fingers every time I go to play with them. They are not nice!”

The Young Girl’s father took her small hand in his own large one. “The poor Hens think you have come to harm them or their little children. So they are scared of you and bite in fear. You should he careful. First play with them from a distance.

When you become friends, then they will never bite you” .

Her father continued, “My dear girl. You should try to understand and respect each creature. Even if they are not like us, they also have feelings and fears!”

First, understand people or animals and then get close to them. 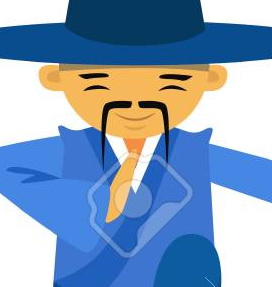 Once there was a Korean shopkeeper named Mr. Park. He lived in New York and had a small corner store for 45 years. He worked very hard, 16 hours every day and he never took a holiday.

One day, his daughter arrived at the store and found Mr. Park lying on the floor. He had a heart attack! She called 911 and he was rushed to the hospital.

He survived and was very weak, resting in the hospital. A day later he awoke and slowly looked around his hospital room. He asked in a weak voice, “Are you there, my dear wife?” “Yes,” she replied “I am here my dearest.” Mr. Park asked, “Are you here, my oldest son?” “Yes, I am here.” replied his oldest son. “Are you here, my daughter?” Mr. Park asked in a faint voice. “Yes, father, I am here.” the daughter replied with a tear in her eye. “Are you here, my youngest son?” asked Mr. Park. “Yes, papa. I am here by your side.” said the baby of the family. Suddenly Mr. Park’s eyes grew big and threw off the bed covers and jumped up, screaming,

“SO THEN, WHO IS WATCHING THE STORE!”

Henry Leech was a salesman. He was a good salesman and sold lots of vacuum cleaners. One week, the manager sent Henry into the countryside to sell.

He drive out of town and stopped at a farmhouse. He knocked on the door and the farmer’s wife opened it. Henry started into his speech immediately.

“Mam, how much time do you spend sweeping the floors? “ “A lot of time. This is a farm and things get dirty quickly.” said the woman.

“And how much time do you spend beating the carpets?” asked Henry.

“A lot of time. This house gets dusty and my dog also lays on them”

“Well” said Henry, “This is your lucky day.”   Henry showed her his vacuum cleaner and said,   “You can clean the house in 5 minutes with this!”

The farmer’s wife didn’t look interested. Henry took out a big bag of dirt. He opened it and threw it all over the floor. The farmer’s wife was very surprised. Before she could speak Henry said, “ Mam, if this machine doesn’t pick up every last piece of dirt, I will eat all of it!!!!!” The farmer’s wife looked at Henry and said,

“WELL, I WILL GET YOU A SPOON.

WE HAVE NO ELECTRICITY.”