Ben: Ben Richard: Where are you from Ben?

Where are you from Richard?

Chico and the Crane 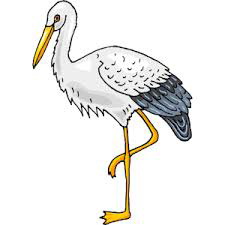 There was a cook named Chico. His master had visitors for dinner and Chico was told to fry a crane. Chico felt hungry and so he ate one leg of the crane. At dinner time, when the master saw a missing leg, he shouted, “Chico! Why does this crane have only one leg?”

Chico replied, “Sir, haven’t you seen cranes before? They only have one leg!” To teach Chico a lesson, next morning, his master took him to the pond nearby. Chico exclaimed, “Look, Master! Cranes have only one leg!” The master clapped his hands and all the cranes uncurled their other legs and flew away.

“You fool! Did you see they have two legs!” cried the master. Clever Chico replied, “Sir, why didn’t you clap your hands at the table? You would have got two legs!” 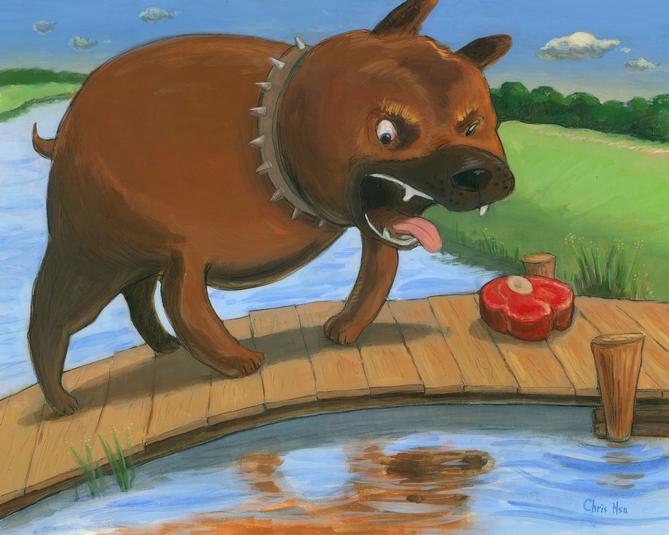 A dog was walking home with his dinner, a large slab of meat, in his mouth. On his way home, he walked by a river. Looking in the river, he saw another dog with a handsome chunk of meat in his mouth.

«I want that meat, too,» thought the dog, and he snapped at the dog to grab his meat which caused him to drop his dinner in the river.

Too much greed results in nothing. 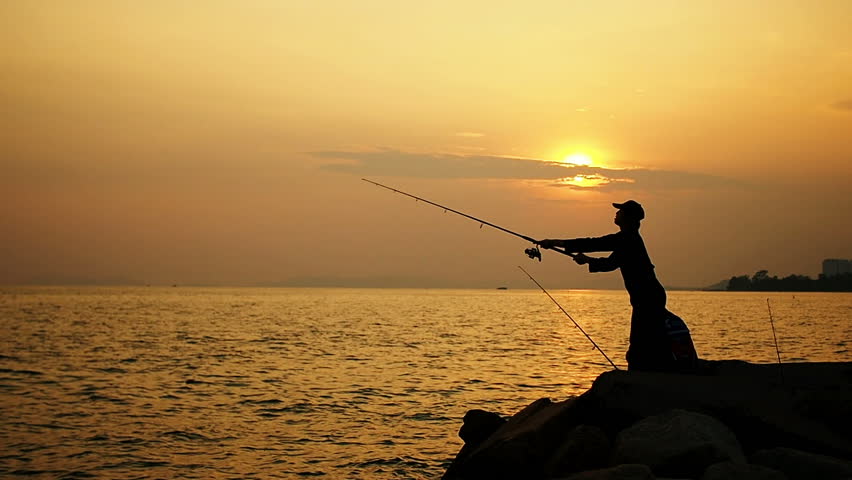 A poor Fisherman, who lived on the fish he caught, had bad luck one day and caught nothing but a very small fry. The Fisherman was about to put it in his basket when the little Fish said:

«Please spare me, Mr. Fisherman! I am so small it is not worthwhile to carry me home. When I am bigger, I shall make you a much better meal.»

But the Fisherman quickly put the fish into his basket.

«How foolish I should be,» he said, «to throw you back. However small you may be, you are better than nothing at all.»

The Goose That Laid the Golden Egg

A man and his wife owned a very special goose. Every day the goose would lay a golden egg, which made the couple very rich.

«Just think,» said the man’s wife, «If we could have all the golden eggs that are inside the goose, we could be richer much faster.»»You’re right,» said her husband, «We wouldn’t have to wait for the goose to lay her egg every day.»

So, the couple killed the goose and cut her open, only to find that she was just like every other goose. She had no golden eggs inside of her at all, and they had no more golden eggs.

Too much greed results in nothing.

Two Bulls were fghting furiously in a feld, at one side of which was a marsh. An old Frog living in the marsh, trembled as he watched the ferce battle. «What are you afraid of?» asked a young Frog.

«Do you not see,» replied the old Frog, «that the Bull who is beaten, will be driven away from the good forage up there to the reeds of this marsh, and we shall all be trampled into the mud?»

It turned out as the Frog had said. The beaten Bull was driven to the marsh, where his great hoofs crushed the Frogs to death.