«South for the Winter» for Beginners

I never stay in one country for a long time. It gets boring.  I like to move on, see new places, meet different people. It’s a good life, most of the time.  When I need money, I get a fruit. In Europe you can pick fruit most of the year. You need to be in the right country at the right time, of course. It’s not easy work, but the money’s not bad.

I like to go south in the winter. Life is easier in the sun, and northern Europe can get very cold in the winter. Last year, 1989 it was, I was in Venice for October. I did some work in a hotel for three weeks, then I began slowly to move south. I always go by train when I can. I like trains. You can walk about on a train, and you meet a lot of people.

I left Venice and went on to Trieste. There I got a cheap ticket for the slow train to Sofia, in Bulgaria.  This train goes all down through Yugoslavia, and takes a long time 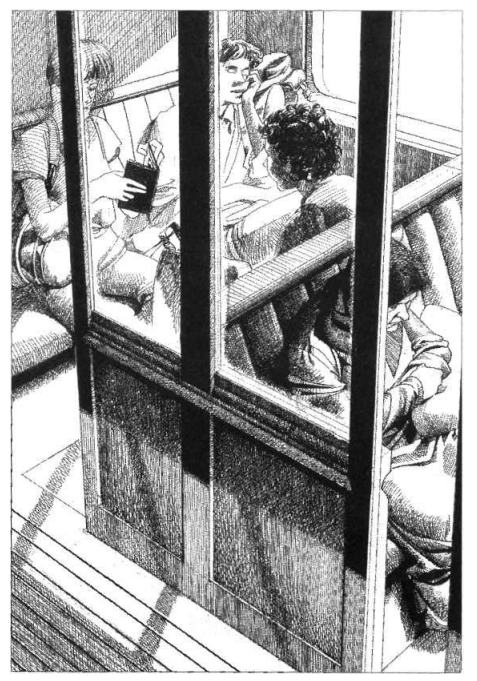 The train left Trieste at nine o’clock on a Thursday morning. There weren’t many people on it at first, but at Zagreb more people got on.  Two girls went along the corridor, past my carriage. They looked through the door, but they didn’t come in. Then an old woman came in, sat down and went to sleep.  The two girls came back along the corridor and looked into the carriage again.  The train left Zagreb and I looked out of the window for about ten minutes, then I went to sleep too.

When I opened my eyes again, the two girls were in the carriage.  They looked friendly, so I said, ‘Hullo.’

‘American,’ the taller girl said. She smiled.  ‘And you’re twenty-three, your name’s Tom Walsh, you’ve got blue eyes, and your mum lives in Burnham-on-Sea, UK. Right?’

The second girl laughed.  ‘She looked at your passport.

It’s in your coat pocket.’

‘Oh. Right.’ My coat was on the seat next to me. I took my passport out of my pocket and put it back in my bag.

They told me.  Melanie and Carol from Los Angeles, USA. They liked Europe, they said. They knew a lot of places — Britain, Holland, Denmark, Germany, France,

‘I’m going to Bulgaria now,’ I said. Tor about a month.  Then I’m going south for the winter, Cyprus, or perhaps North Africa.’

‘Well, you know,’ Carol smiled.  ‘Sometimes we get a little job.  This and that.  But what about you?’

‘Yeah, come on,’ Melanie said.  ‘Tell us about you — Tom Walsh with the blue eyes and the mum in Burnham- on-Sea.  What are you doing with your life, hey?’

So I told them.  They were nice girls. They were older than me, perhaps twenty-seven or twenty-eight, but I liked them. We talked and laughed for hours.  I told them a lot of stories about my life. Some of the stories were true, some weren’t. But the girls laughed, and said I was a great guy.  I asked them about Bulgaria, because I didn’t know the country. They knew Sofia well, they said.

‘Hey, Carol,’ Melanie said.  ‘We’re staying in Bela Palanka for a day or two.  But let’s go over to Sofia this weekend and meet Tom there. We can meet him on Saturday night at the Hotel Marmara.’ 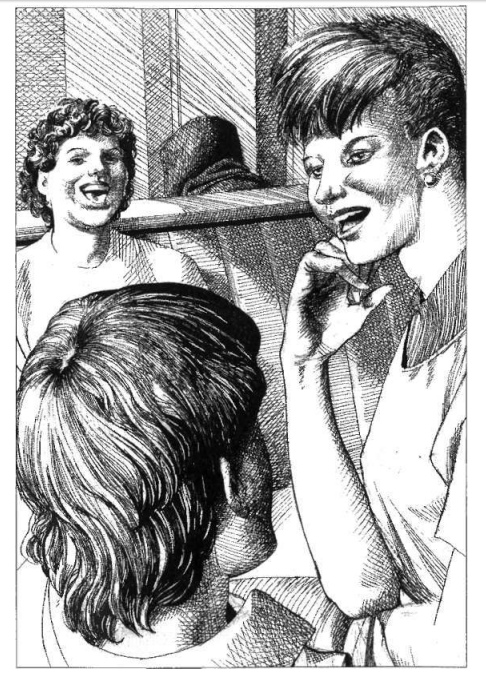 The train was very slow.  We got to Belgrade at six o’clock in the evening, and a lot of people got off.  There were only me and the girls in the carriage then.  The guard came and looked at our tickets, and went away again.

Carol looked at Melanie.  ‘Hey, Mel,’ she said.  ‘Why don’t you and Tom go along to the restaurant?  I’m not hungry, and I want to sleep for an hour.’

What could I say? I was hungry. They had money, I didn’t. So Melanie and I went to the restaurant and had a meal. When we came back, Carol was still alone in the carriage. Melanie put her feet on the seat and went to sleep.

At Nis some more people got on the train, and two old men came into our carriage. They looked at Melanie’s feet on the seat, and talked in loud voices.  Carol laughed, and Melanie opened her eyes and sat up.

‘Are we nearly there?’  she asked Carol, and looked out of the window.

‘Why are you getting off at Bela Palanka?’  I asked.

‘What are you going to do there?’

‘But there’s nothing there!’

The train came into Bela Palanka and stopped. The two girls got off and stood on the platform. They smiled at me through the window.  ‘Saturday. Eight o’clock,’ Melanie shouted.

‘OK,’ I called.  They couldn’t hear me because of the noise in the station. They smiled again, picked up their bags and walked away.  Nice girls.  I’m going to have a great time in Sofia, I thought. The train left Yugoslavia and crossed into Bulgaria at two o’clock in the morning.  Then the train stopped at some village — I don’t remember the name. I ate an apple and looked out of the window.

Suddenly there were a lot of policemen on the train. Everybody in the carriage sat up and began to talk. 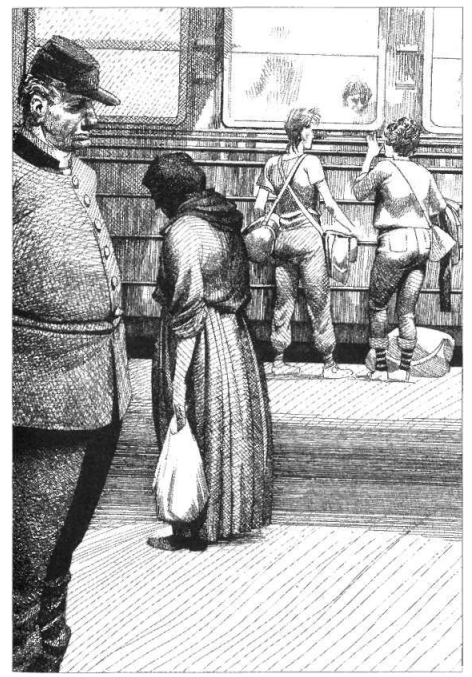 ‘What’s happening?’ I said in Italian to the old man next to me,

‘I don’t know,’ he said in bad Italian.  ‘Perhaps they’re looking for somebody.  Look.  The police are taking some people off th train.’ Then two policemen came into our carriage, a tall thin one and a short fat one.  They looked at everybody carefully. . . and then they looked at me again.

‘Come with us, please,’ the fat policeman said in English.

‘And bring your bag with you,’ the tall policeman said. I began to ask a question, but policemen never like questions from young men with long hair.  So I stayed quiet, picked up my bag, and went with them.

In the station building there were a lot more policemen, and some people from the train. They were all young people, I saw.  Some were afraid, some were bored.  The

police looked in everybody’s bags, and then the people went back to the train.

My two policemen took me to a table.  ‘Your passport, please,’ the fat policeman said, ‘and open your bag.’

They looked at my passport and I opened my bag.  There was a young policewoman with red hair at the next table. She had a nice face, so I smiled at her and she smiled back.

‘Aaah!’  the tall policeman said suddenly.  All my dirty shirts and clothes were out on the table.  The policeman picked up my bag and turned it over.  On to the table, out

of my bag, fell packet after packet of US American dollars. 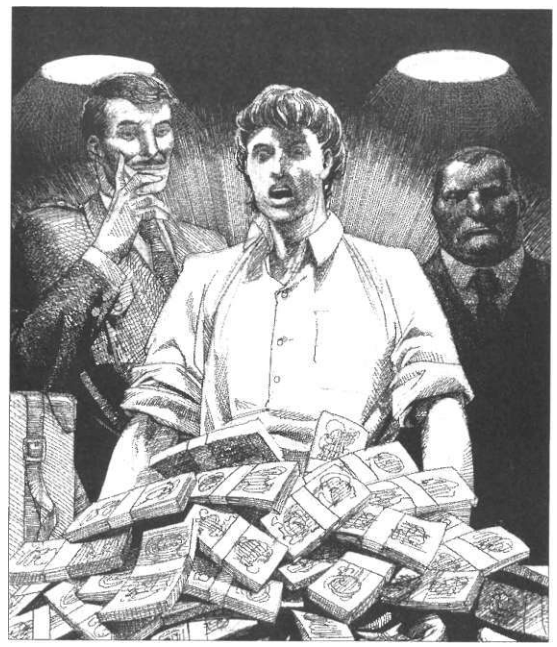 My mouth opened, and stayed open.  I couldn’t find my voice. I was suddenly a very interesting person, and a lot of police ran up to our table and stood behind me.

I found my voice again quickly.  ‘But it’s not my bag!’

There was a big, happy smile on that policeman’s face.

‘You cannot bring US dollars into this country,’ the fat policeman said.  He had very short grey hair and little black eyes.  He didn’t smile once.

‘But I didn’t bring them,’ I said quickly.  ‘They’re not my dollars. I never saw them before in my life, and —’

There was a lot of noise in the station.  I looked out of the window and saw my train.  Slowly, it began to move.

The tall policeman laughed.  It was a great day for him.

You’re staying here with us, in  our  beautiful  country.’  He smiled, happily.

So I never got to Sofia on Saturday. I was very unhappy about that. I wanted to have a little talk with Melanie and

Carol, ask them one or two questions, you know.  You’re a nice guy, Tom. See you in Sofia, OK? Take you to the best restaurant in town.  Yeah.  Great.

And I never got down to Cyprus or North Africa that winter.  Oh well, I live and learn.  It’s not an easy life, in prison.  But it’s warm in winter, and the food’s not bad.

And I’m meeting some interesting people. There’s a man from Georgia, USSR -Boris, his name is.  He comes from a place by the Black Sea.  He’s a great guy. When we get out of here, he and I are going down to Australia. . .

Brisbane perhaps, or Sydney.  Get a job on a ship, start a new life.  Yeah, next year’s going to be OK.

Short stories in English for students 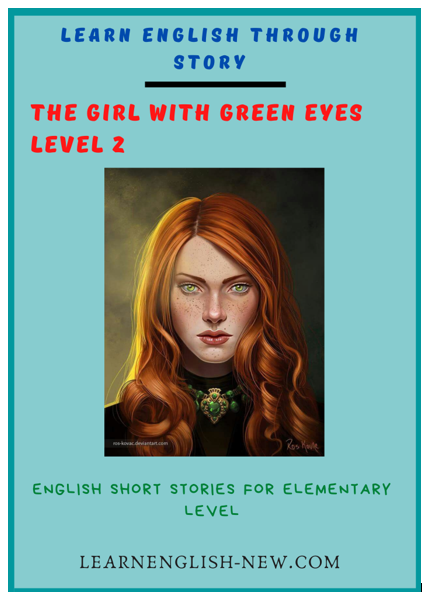