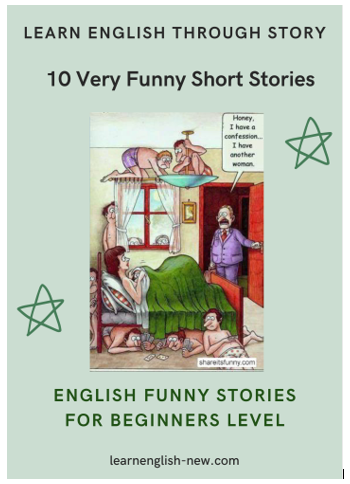 Long ago there lived two brothers. Joshua and Eli. They lived on a farm and were very poor. Joshua worked hard every day. Eli was lazy and didn’t like to work. One day, Joshua heard of a kingdom far away.

This kingdom didn’t have onions! Hmmmm, thought Joshua. If I could sell them onions, they’d pay a lot of money!

He asked to see the king and was granted an audience. Joshua told the king about the onions and the king was curious. He invited Joshua to make a big feast with many dishes prepared with onions.

That evening, the king and his guests tasted the dishes. Everyone agreed, the onion made everything taste so much better! The king smiled from ear to ear.    He said to Joshua, “These onions are the most precious thing in my kingdom.    In return for them, I will give you their equal weight in the most precious thing I have – diamonds.” Joshua was instantly rich and returned to his village with a wagon full of diamonds.

Joshua shared his wealth but his brother Eli was still very jealous. He asked Joshua if this kingdom has garlic. Joshua thought and said, “In fact, they don’t have any garlic.”   Hmmmm, thought Eli. If I could sell them garlic, I’d be very rich indeed. Garlic is much tastier than onions.

Here you are – Onions!

The Animals And The Plague

Once upon a time a severe plague raged among the animals. Many died, and those who lived were so ill, that they cared for neither food nor drink, and dragged themselves about listlessly. No longer could a fat young hen tempt Master Fox to dinner, nor a tender lamb rouse greedy Sir Wolf’s appetite.

At last the Lion decided to call a council. When all the animals were gathered together he arose and said: «Dear friends, I believe the gods have sent this plague upon us as a punishment for our sins. Therefore, the most guilty one of us must be offered in sacrifice. Perhaps we may thus obtain forgiveness and cure for all.

«I will confess all my sins first. I admit that I have been very greedy and have devoured many sheep. They had done me no harm. I have eaten goats and bulls and stags. To tell the truth, I even ate up a shepherd now and then.

«Now, if I am the most guilty,

«Now, if I am the most guilty, I am ready to be sacrificed. But I think it best that each one confess his sins as I have done. Then we can decide in all justice who is the most guilty.» «Your majesty,» said the Fox, «you are too good. Can it be a crime to eat sheep, such stupid mutton heads? No, no, your majesty. You have done them great honor by eating them up.

«And so far as shepherds are concerned, we all know they belong to that puny race that pretends to be our masters.» All the animals applauded the Fox loudly. Then, though the Tiger, the Bear, the Wolf, and all the savage beasts recited the most wicked deeds, all were excused and made to appear very saint-like and innocent. It was now the Ass’s turn to confess.

«I remember,» he said guiltily, «that one day as I was passing a field belonging to some priests, I was so tempted by the tender grass and my hunger, that I could not resist nibbling a bit of it. I had no right to do it, I admit» A great uproar among the beasts interrupted him. Here was the culprit who had brought misfortune on all of them! What a horrible crime it was to eat grass that belonged to someone else! It was enough to hang anyone for, much more an Ass.

Immediately they all fell upon him, the Wolf in the lead, and soon had made an end to him, sacrificing him to the gods then and there, and without the formality of an altar.

The Ant And The Dove

A Dove saw an Ant fall into a brook. The Ant struggled in vain to reach the bank, and in pity, the Dove dropped a blade of straw close beside it. Clinging to the straw like a shipwrecked sailor to a broken spar, the Ant floated safely to shore.

Soon after, the Ant saw a man getting ready to kill the Dove with a stone. But just as he cast the stone, the Ant stung him in the heel, so that the pain made him miss his aim, and the startled Dove flew to safety in a distant wood.

The Moral Of This Tale

«A kindness is never wasted»

The Ass And The Driver

An Ass was being driven along a road leading down the mountain side, when he suddenly took it into his silly head to choose his own path. He could see his stall at the foot of the mountain, and to him the quickest way down seemed to be over the edge of the nearest cliff. Just as he was about to leap over, his master caught him by the tail and tried to pull him back, but the stubborn Ass would not yield and pulled with all his might.

«Very well,» said his master, «go your way, you willful beast, and see where it leads you.» With that he let go, and the foolish Ass tumbled head over heels down the mountain side.

The Moral Of This Tale

«They who will not listen to reason but stubbornly go their own way against the friendly advice of those who are wiser than they, are on the road to misfortune»