Once there was a Korean shopkeeper named Mr. Park. He lived in New York and had a small corner store for 45 years. He worked very hard, 16 hours every day and he never took a holiday.

One day, his daughter arrived at the store and found Mr. Park lying on the floor. He had a heart attack! She called 911 and he was rushed to the hospital.

He survived and was very weak, resting in the hospital. A day later he awoke and slowly looked around his hospital room. He asked in a weak voice, “Are you there, my dear wife?” “Yes,” she replied “I am here my dearest.” Mr. Park asked, “Are you here, my oldest son?” “Yes, I am here.” replied his oldest son. “Are you here, my daughter?” Mr. Park asked in a faint voice. “Yes, father, I am here.” the daughter replied with a tear in her eye. “Are you here, my youngest son?” asked Mr. Park. “Yes, papa. I am here by your side.” said the baby of the family. Suddenly Mr. Park’s eyes grew big and threw off the bed covers and jumped up, screaming,

“SO THEN, WHO IS WATCHING THE STORE!” 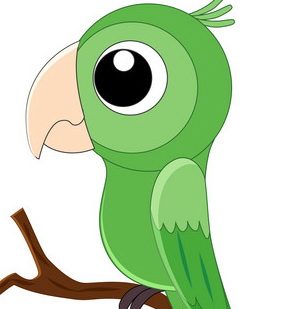 So she went out window shopping. Soon enough, she  walked by a pet store window. She thought to herself, “What a lovely idea for a present! My mother is so lonely and she needs a pet.”

The woman went into the store and saw many wonderful animals. Puppy dogs, fluffy cats,gold fish, cute mice. But the woman didn’t think these were special enough. She asked the manager if he had a pet that was really special.

The woman said, “Perfect” and bought the bird. She sent it by special delivery to her mother, so she would get it the next day.

The next evening after work, the woman called her mother. She asked, “How do  you like your birthday present.”